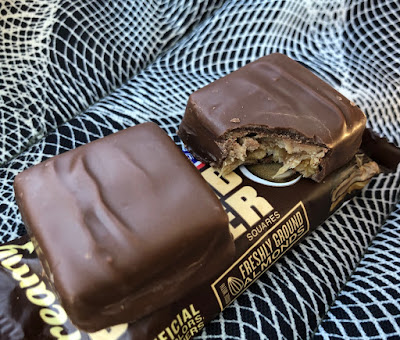 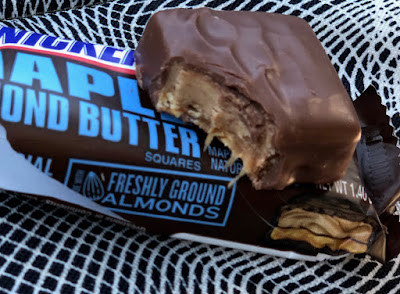 Here stands the announcement that Snickers has released two new bars with an Almond Butter base. I can't weigh in. I loathe Almond Butter. It makes my stomach church and lurch--something about those earthier notes compared with my beloved diet mainstay and friend, peanut butter. For those that find Almond Butter palatable, these new Creamy Almond Bar Snickers and Maple Almond Butter Bar Snickers could be game changers. Let me know!

Here are two positive things I noticed about the bars before being too grossed out by almond butter proxmity. 1) The aroma of maple when you rip open the wrapper of the Maple Almond Butter Snickers is awesome. 2) I like this smaller, more compact format of two squares compared with the traditional Snickers bar.