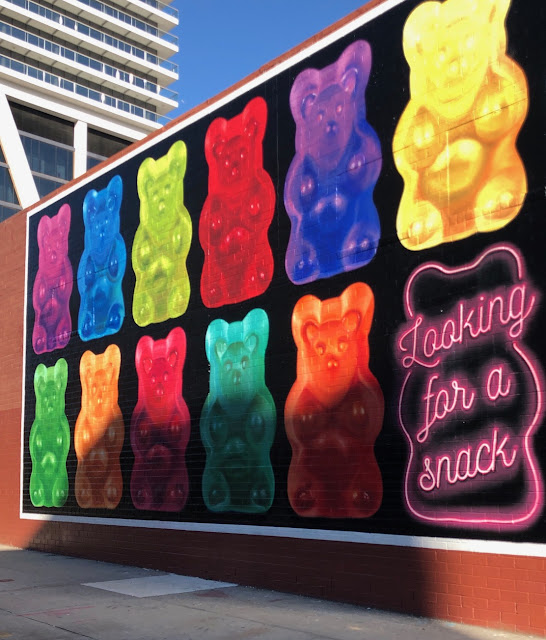 Over the course of many strolls I took with the Pup this past week a billboard emblazoned with increasingly realistic gummy bears emerged on our rounds (see photos of its evolution here). As of this morning, the billboard by Colossal Media is complete. The hand-painted giant gummy bears are so incredibly realistic they appear to jiggle and vibrate and levitate from their black background. I get so hungry each time we pass.

Only question: what is being marketed to me via which brand? This spot was previously occupied by an Omega Watch ad so this is not inexpensive space. I am totally now looking for a snack--but who wants to know and who just sparked this consumer urge? Will there be a follow-up billboard? Is this the first part of a muli-part campaign? I'll keep you posted.

In the meantime, enjoy these beauties. As a fan of the gummy, I find them mesmerizing..... 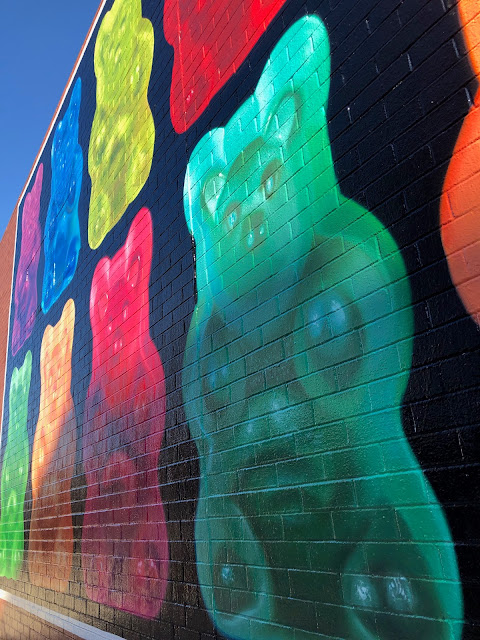 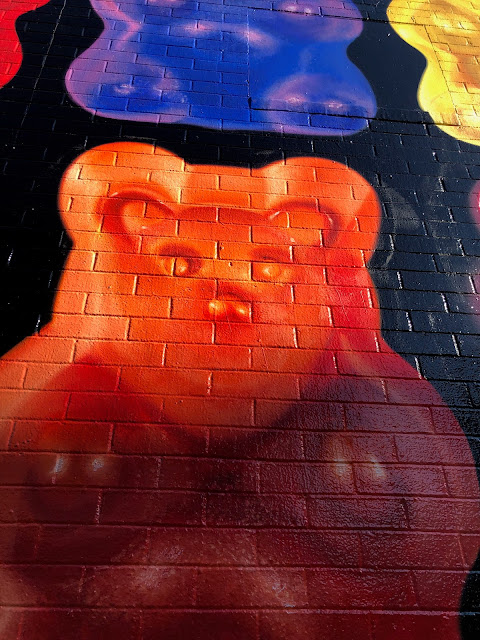 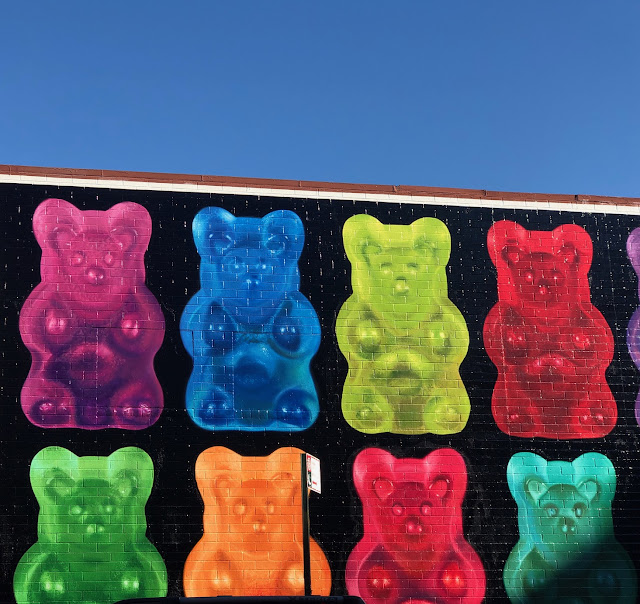 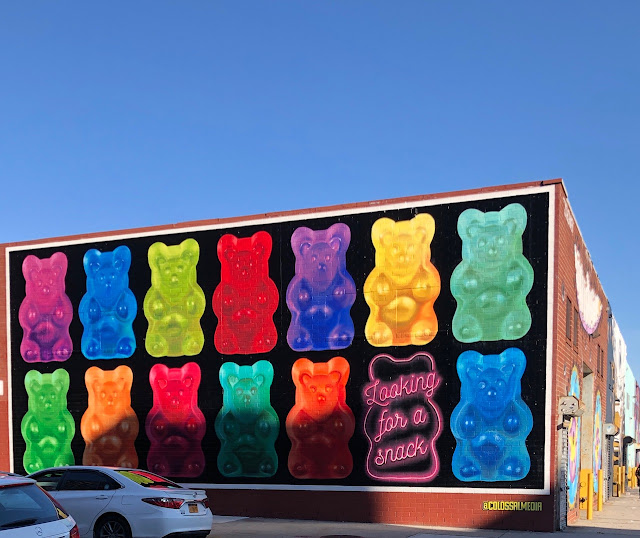