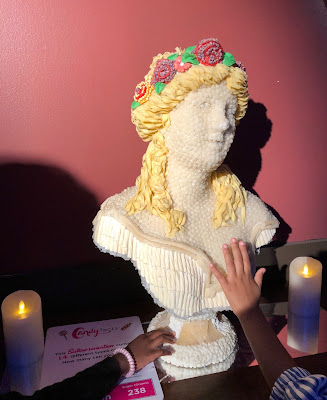 As both a sweets devotee and museum / collections professional, I was so excited to immerse in Candytopia, an interactive collaboration between an artist and chocolate-maker. What an idea! Willy Wonka come to life! Full sugar immersion! This could be my scene! It was and it wasn't. Mark and I went in with open minds and empty bellies.

Each group is ushered through the exhibit in timed groups. Below is an example of my somewhat large group. I know they have to pack people in to accommodate demand, but smaller groups would have allowed for more one-on-one time with the exhibits instead of time spent on line. 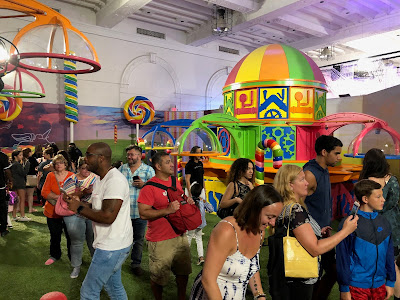 The first room gets the group into the swing of things, with nice candy details added into the Wonka-like environment. 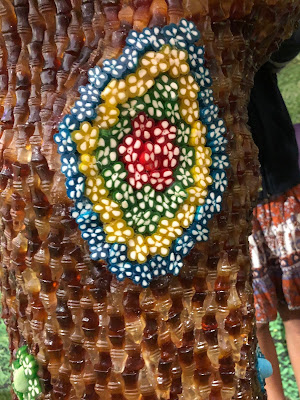 The group is then ushered into a gallery of candy created from art. Classics rendered in sugar, with some really nice attention to detail. 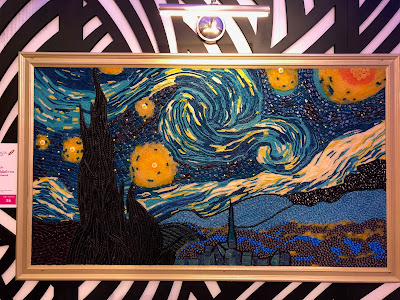 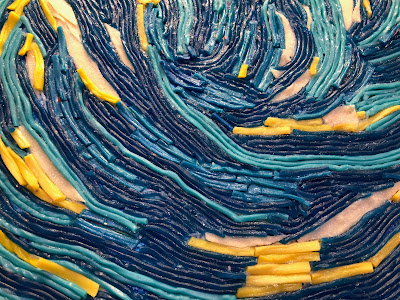 From the gallery, things start to get wilder. In each room people are given some candy and by the time we reached the 3-dimensional candy structures, I was not holding back with the complimentary Pixy Stix. Neither was anyone else, and the energy started to get amped. 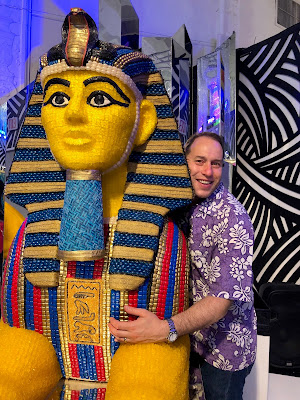 Then the confetti started to fly. 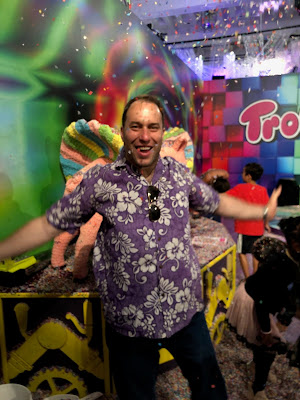 Driven on a sugar high, the group reaches the infamous pig room, where confetti shoots from their derrieres....truly.... 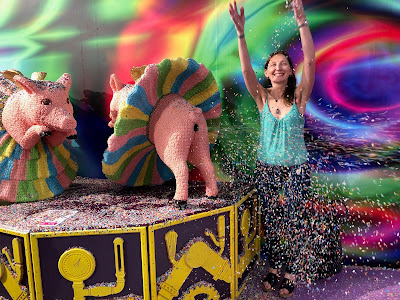 If you're willing to wait in lines you can pose for selfies throughout the exhibit, taken by cameras (disguised as donuts) mounted to the ceiling. I have to say, this is a great photo. 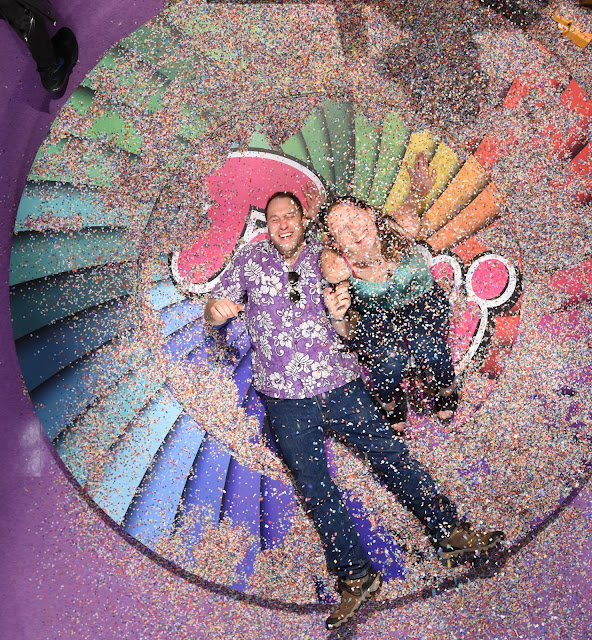 Then I got to the marshmallow pit. As I stepped in something overcame me--tripping across these mushy fake marshmallows. It was impossible to walk normally in the pit, forcing one to swim through the pillowy pond. Something about it hit me as hysterical and I laughed until I cried as I surfed the morass of marshmallows (that's me on the back right, laughing as I tip over). 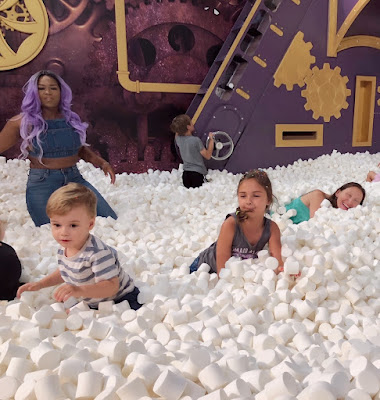 Really, I don't think I've laughed that hard in ages. 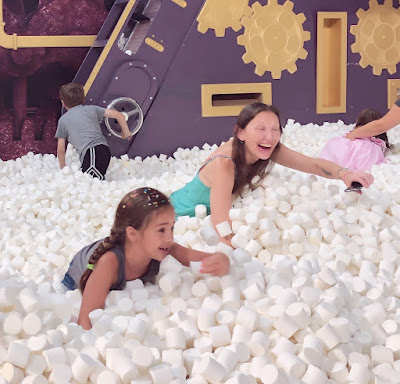 It was utterly delightful. I wish we were given more than 10 minutes, as I would have happily splashed around in there for a good hour. 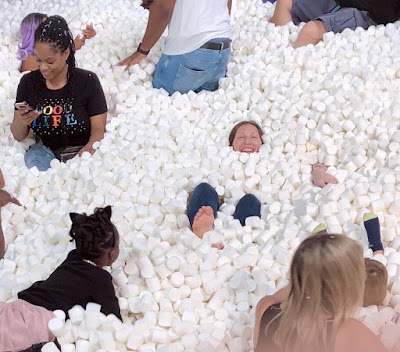 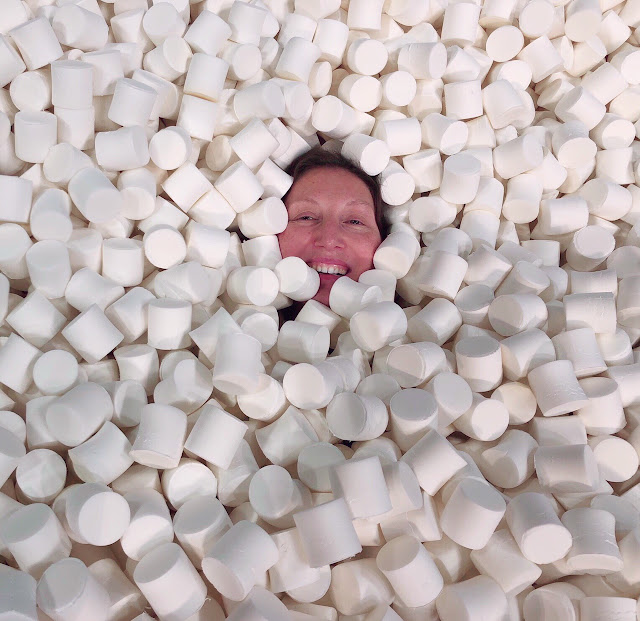