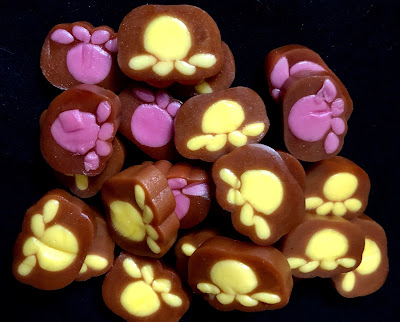 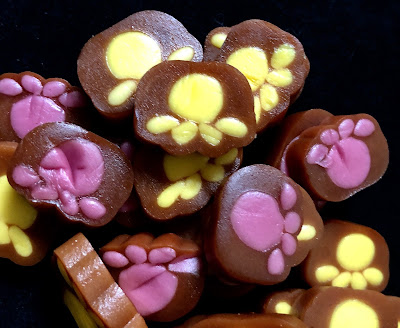 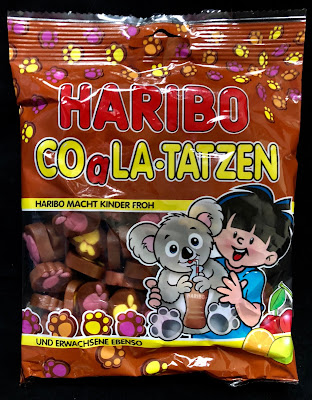 The play on words doesn't exactly translate from German to English but Coala-Tatzen combines the words Cola and Koala Paws. They're cola flavored gummies with little shots of cherry, orange, or lemon in the center in the shape of a super cute paw print. I love the look of them, but wish I liked the cola flavor as much. Artificial cola does not in the least resemble real Coke/Pepsi/general cola flavor to my palette--it never has in any candy form. Because this was a robust version of the flavor the gummies just weren't very compelling to me. Anyone who enjoys a gummy cola bottle, however, will love these.