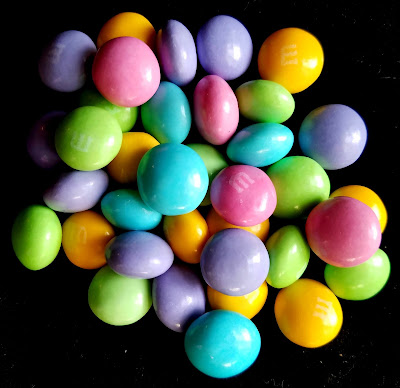 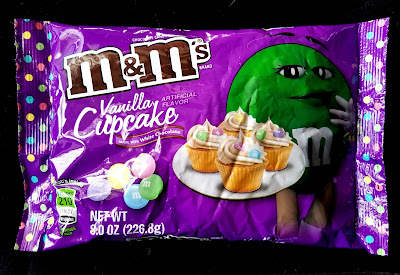 I find myself both entranced and disappointed by the new limited edition Vanilla Cupcake m&m's. The color scheme is one of the most pleasing and appealing I've encountered in m&m's many color incarnations. They're so pretty. The taste, however, is pure white chocolate. With a little extra vanilla thrown in. I'm not sure what makes these Vanilla Cupcake rather than White Chocolate Vanilla m&m's. Where is the cupcake? What constitutes a cupcake taste? I would have guessed that these would taste a bit like all of the birthday cake flavored candies of late, but that particular artificial flavor doesn't emerge from the white chocolate. I'm not saying these are unpleasant to eat. If you like White Chocolate, they're super tasty. I had, however, hoped for more.