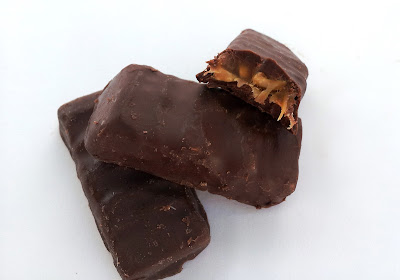 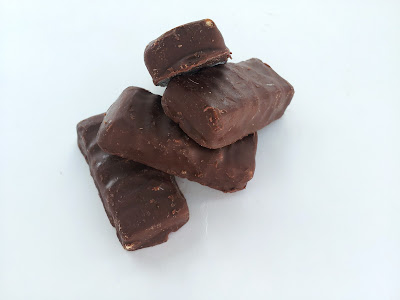 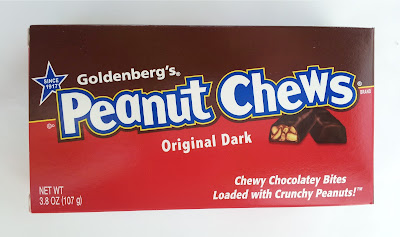 Goldenberg's Peanut Chews have been produced as a Philadelphia staple since 1917. Widely beloved since their inception, the chews were originally produced to serve as a protein-packed rations bar for the United States Military during World War I. After the war, they went retail. Chewy molasses makes a scrumptious flavor-packed combination with the peanuts. I wish the chocolate candy was real milk chocolate- that would be the cherry on top. But that molasses center saves it. Kudos to Goldenberg's longevity! Here's to the next 100 years!