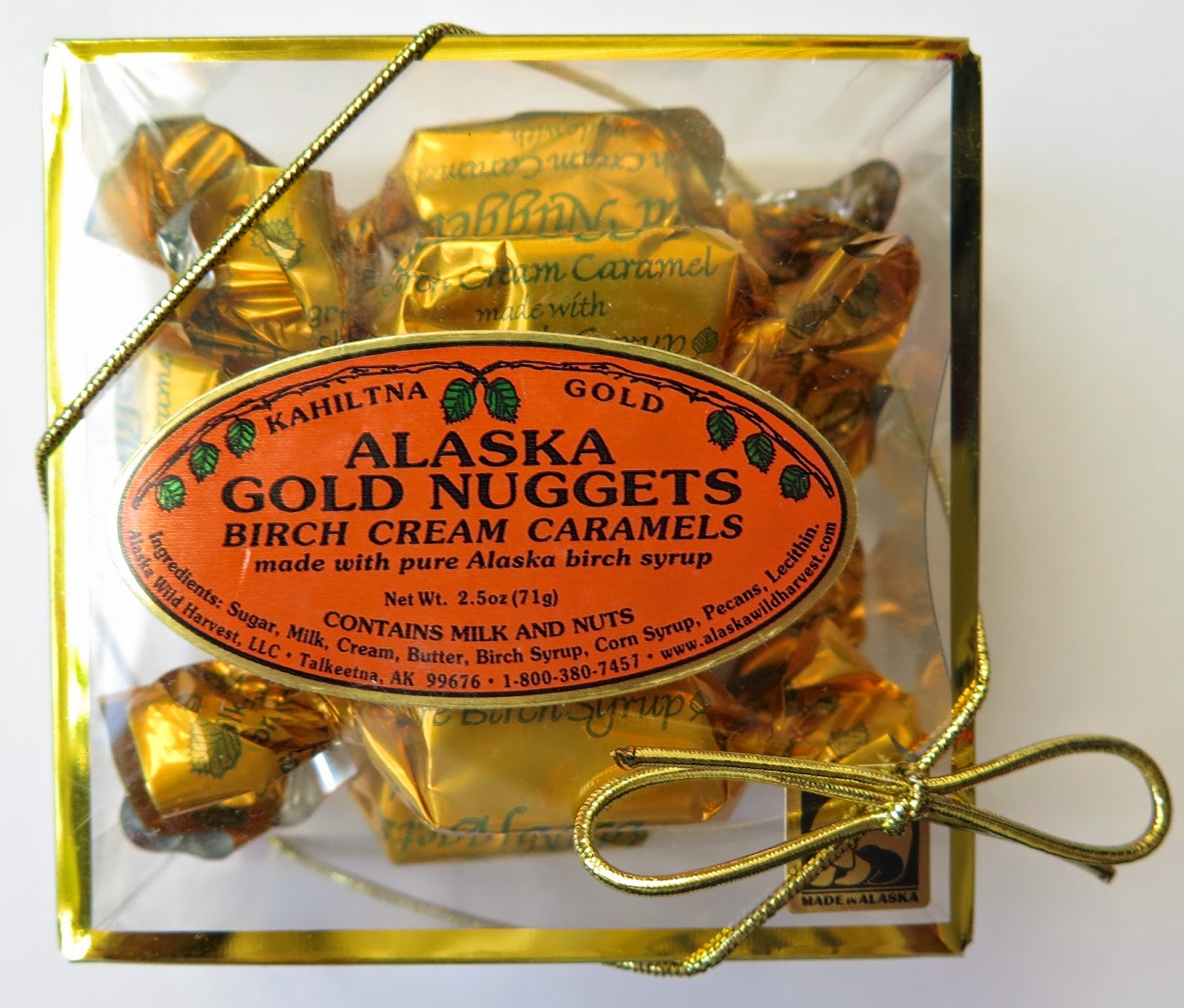 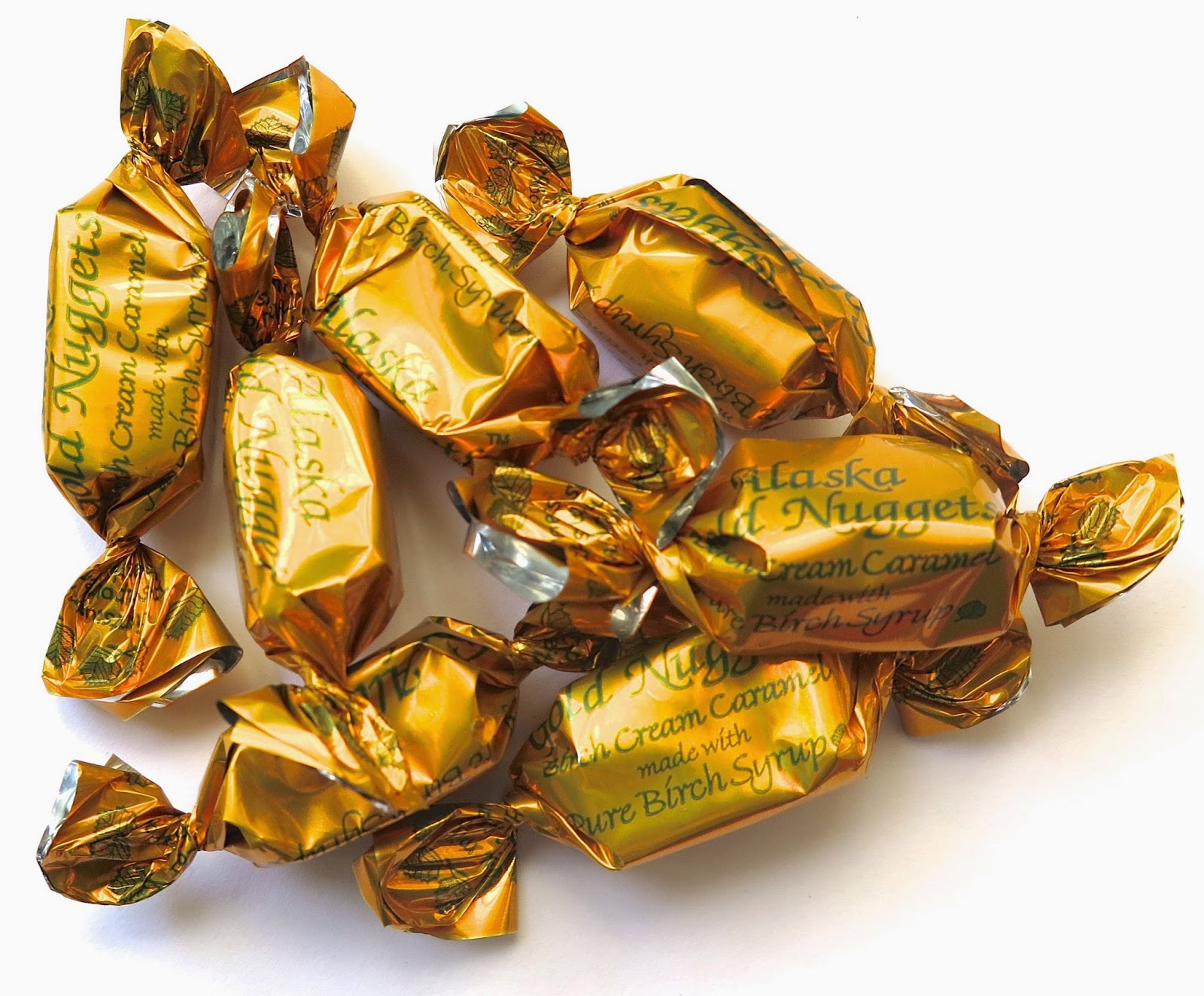 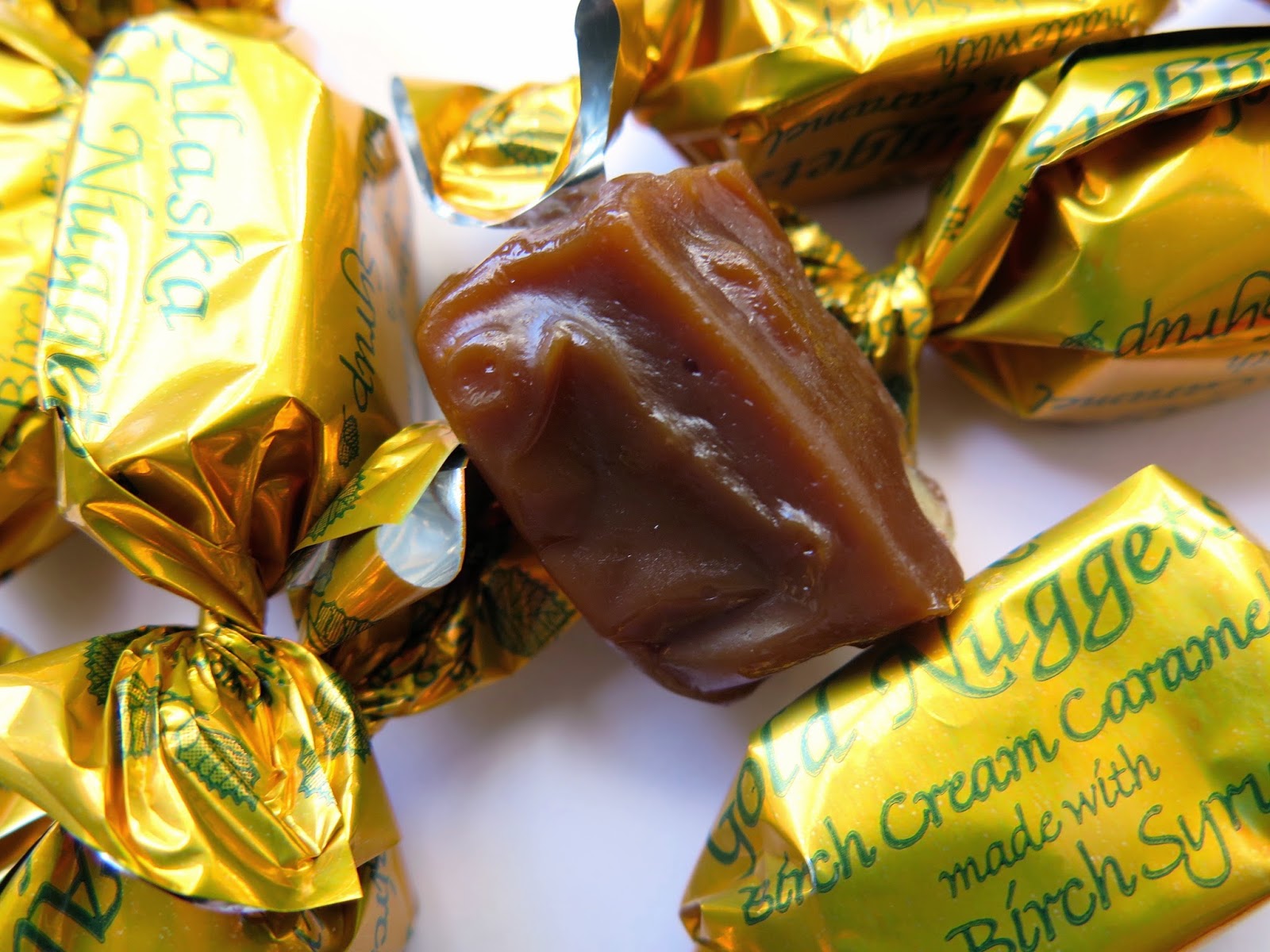 I've tasted birch beer before but never really thought about the source material of what I was sampling. Recently, though, I was lucky enough to sample Kahiltna Gold's Alaska Gold Nuggets Birch Cream Caramels and got up close and personal with birch syrup based sweets. It's somewhat hard to describe- like a mix between molasses and honey. Birch imbues a distinctive pleasant flavor to the creamy caramels that I've never encountered before. And now I want more. In the same way that I constantly seek out maple syrup based goods, now birch will be added to the list. New York City is not exactly a hotbed of birch activity but I plan to seek it out- somewhere in gourmet Brooklyn there must be more of this stuff to be found! Thanks, Jennifer!