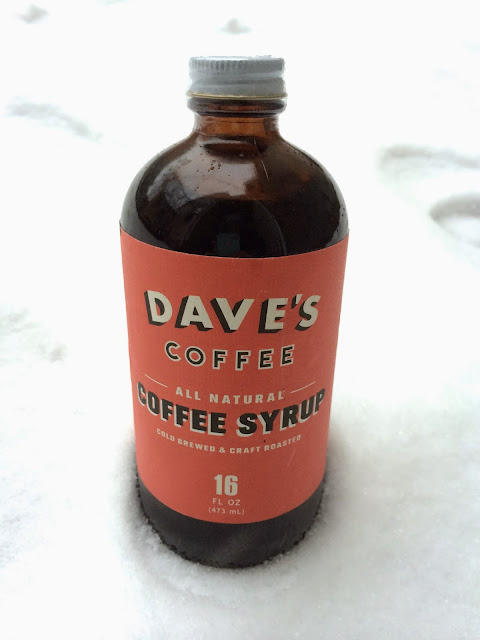 As someone who hails from the Left Coast originally, I did not grow up with the awareness of the glories of Coffee Syrup. This was probably a stroke of luck as I was far too entranced by coffee as a youth, as it was. Coffee Syrup would have spelled big trouble. My friend, Kara, hails from Rhode Island, the epicenter of the Coffee Syrup tradition. Thank goodness she introduced me to the stuff by the age of 18, so I've now had a number of years to experiment with its myriad possibilities. Usually you get coffee syrup in a plastic squeeze bottle similar to a Hershey's Chocolate Syrup bottle. You can pour it into milk, or coffee, or on ice cream, or on top of brownies, or create exciting cocktails or or.... Recently, Kara found an small-batch craft-roasted Coffee Syrup by Dave's Coffee. This stuff makes the traditional mass-marketed coffee syrups taste like water- this is strong and sweet and powerful stuff. The coffee is boiled down with sugar until it obtains a thick syrupy consistency. This syrup has substance and packs a punch of flavor. I love it. Unfortunately, once you open the massive bottle, the stuff can go bad because it's made from real ingredients and not chemicals- so you have to consume the syrup fast. I've been finding all kinds of ways to utilize the magic caffeine liquid.... Thanks, Kara!