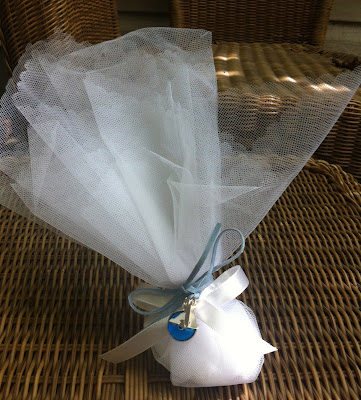 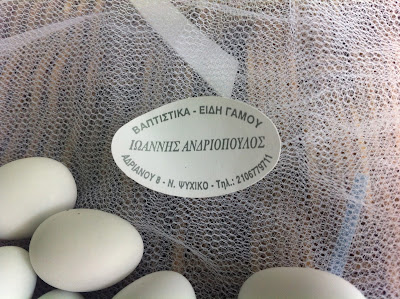 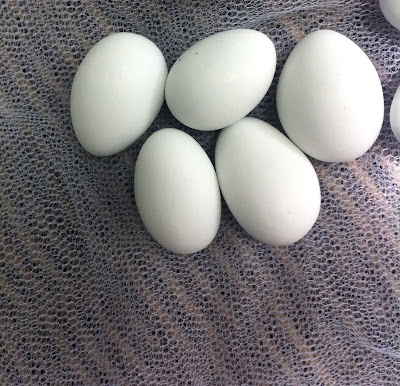 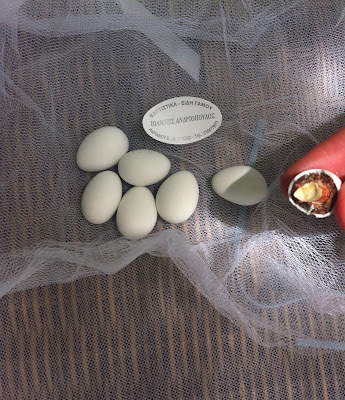 My wonderful friends Alex and Veronica were recently married and I learned a new candy tradition tied into Greek and Italian weddings: the secret of the Bomboniere (Italian) or Koufeta (Greek). Apparently this tradition started around 300 years ago in France, where a small box of sweets was given out to guests on happy occasions. The idea spread throughout Europe and became especially entrenched in Greece and Italy. Alex and Veronica's bomboniere contained almonds covered in really good chocolate and then enrobed in a hard candy shell. These particular goodies were created by Ioannis Andriopoulos. Traditionally jordan almonds and these yummy chocolate candied almonds (like the ones included in Alex and Veronica's) are typical sweets included in bombonieres, meant to represent the bittersweet nature of marriage. I like that. Also, the almonds are packaged in uneven numbers, most commonly five almonds, in order to represent five wishes for the couple: happiness, health, wealth, children, and long life. I like that, too. Congratulations, Alex and Veronica! The sweetness of bonbonieres and love!