Beware the Kinder Egg (When Crossing the Border) 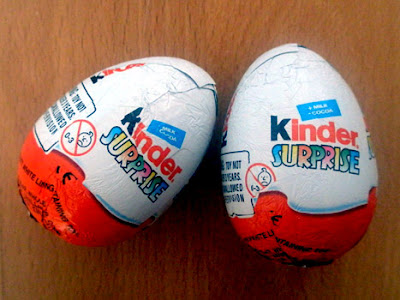 Over a year ago, I reported that our beloved Kinder Eggs had been banned in the United States. Click here to read that article. It was confusing, though, because ever since then I have run into Kinder Eggs for sale in stores all over New York. I figured the ban was just a rumor, or at least never came to fruition. This past week, however, news surfaced about two American tourists in Canada who tried to bring six Kinder Eggs back over the border and were faced with a $15,000 fine for contraband. They were let go without having to pay the fine, but this is a good warning that we shouldn't be carrying Kinder Eggs into the U.S. Read full article here on Gawker. So I'm confused, we are not allowed to bring Kinder Eggs into the country but I see them for sale all over the city. Do any astute readers know what's going on?