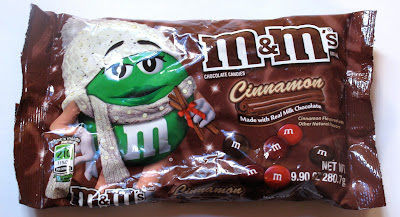 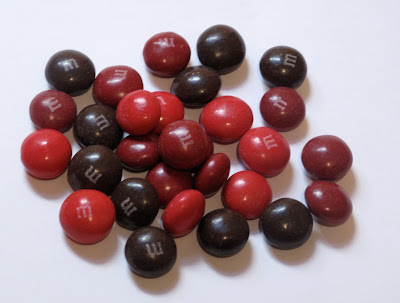 Sometimes wishes do come true! I recently wrote about my longing to find the new limited edition Cinnamon m&m's (click here to read) and had been dreaming about them an awful lot in the meantime. Last night I found them at Target (apparently Target struck a deal to be their only purveyor) and today I awoke like a kid on Christmas morning ready to dive in. They're good. They're not all I had hoped for, though. They do have this mellow Cinnamon taste that is striking for the first two or three you consume and then you forget about because it is so subtle. Honestly, it tastes a little like Mexican hot cocoa- cinnamon-spiced chocolate that is one of my favorite tastes in the world. But this is Mexican hot cocoa for people who aren't that into cinnamon whereas I think that cinnamon should be used in abundance in pretty much everything (have you ever added it into peanut butter?- such a treat!). So I had been hoping these would honor the cinnamon a little more, let the flavor sing, push the spice flavor to the forefront. I think m&m's brand is onto something great but should pump up the volume a little on the entire endeavor.